You must be logged in to request to add events to this venue.

Login or Sign Up
Request Changes To This Venue 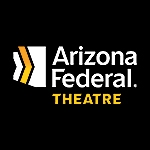 
In December 2002 the Radio City Rockettes debuted in Arizona for 38 performances, bringing over 100,000 guests to downtown Phoenix. Other highlights include the filming of the comedy movie "Blue Collar Comedy Tour: The Movie." George Lopez filmed his HBO special, "America's Mexican" live from the theatre. Tyler Perry's "Madea Goes to Jail" debuted here in Phoenix in January 2005. An annual tradition is Moscow Ballet's great "Russian Nutcracker" every December with beautiful costumes and a cast directly from Russia.

All events at this venue

There are no events in this venue

Chandler Center for the Arts