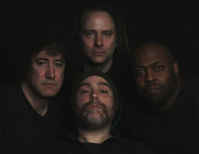 Venue: Tractor Tavern
Event Phone: (206) 789-3599
Website: http://www.tractortavern.com/
Admission Price: $10
Purchase Tickets: https://www.ticketweb.com/event/wil...
Pacific Northwest native, Will Moore, is probably best known through Seattle’s beloved band The Chasers, but he has also performed with bands including Pistol Star, Widower, Star Anna, among others and toured as part of the opening act for Counting Crows on their Outlaw Roadshow tour. Having achieved success and experience as part of these groups, including being featured on San Francisco band Abbot Kinney’s latest record (The Night), Moore has released his solo debut EP, My Mistake, through Arena Music.

w/ Whiting Tennis, City of Pines and Off Off On