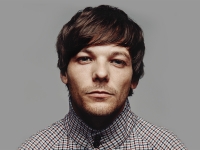 Venue: The Paramount Theatre
Event Phone: (206) 682-1414
Website: https://www.stgpresents.org/calenda...
Admission Price: $31 - $72
Purchase Tickets: https://www.ticketmaster.com/event/...
Having just announced his debut album, Walls, and having over a billion streams under his belt, Louis is ready to return with his joyous new single We Made It.

Louis honed his songwriting skills during his six years in One Direction, the most successful musical act of a generation with sales exceeding 100 million records. He says becoming the group’s most prolific songwriter gave him a renewed sense of purpose at a time when the rollercoaster ride of global pop fame could have become overwhelming. He’s immensely proud of the songs he co-wrote for the group, including the hit singles “Steal My Girl”, “Night Changes”, “Perfect”, “Story of My Life” and “History”.

Frankie Valli and The Four Seasons