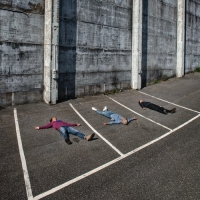 Venue: The Crocodile
Event Phone: (206) 441-4618
Website: https://www.thecrocodile.com/e/pete...
Admission Price: $25
Purchase Tickets: https://www.eventbrite.com/e/peter-...
The secret to longevity is reinvention. Or, at least, it’s the secret to Peter Bjorn and John’s impressively long career, which has spanned nearly two decades and eight albums. Darker Days, the Swedish trio’s eighth full-length offering, is evidence of how evolution and a willingness to shift methodology can bring vast rewards. The three musicians, Peter Morén, Björn Yttling and John Eriksson, began writing almost immediately after releasing their 2016 album Breakin’ Point. That album was the result of numerous collaborations and nearly five years of effort, so the idea this time was to get less bogged down in the details.

*all ages
There are no events happening in the near future.